Recent events in Australia remind us that Australia is still caught in discourses on “nation”, “belonging” and “identity” in an environment that fails to produce new alternatives in this so-called “postcolonial”, “multicultural” country. By proposing Alter/Native Spaces the 2019 EASA conference intends to go beyond the postcolonial to examine how the prefix “alter” is thus linked both to the notion of an alternative and to the notion of multiplicity, and how Indigenous and non-Indigenous knowledges may interact and form new spaces to reframe the relationship between the settler nation and the Indigenous peoples by instating their presence in place of their absence. The conference also seeks to examine the ways in which the interaction of Indigenous and non-indigenous geographies may construct alter/native spaces, imaginaries or models of inhabitance that can provide new modes of rethinking difference and belonging. Among the new spaces, global spaces of Indigeneity can be scrutinized as a new decentered vision — an alter/native movement of identities.

The conference will examine identity fragmentation, intersectional identities, floating movements in the creation of identities, between coercion and resistance/ reaffirmation, as well as shifting concepts and definitions, between the imposed and the chosen. The blurriness of representation from the perceived to the represented can also be studied with an exploration of the interpretation, the use and aim of images. Virtual identities can be investigated as well. The 2019 EASA “Alter/Native Spaces” conference will thus focus on the flexibility of boundaries, on “in-betweenness”.

This conference aims to explore the following questions : 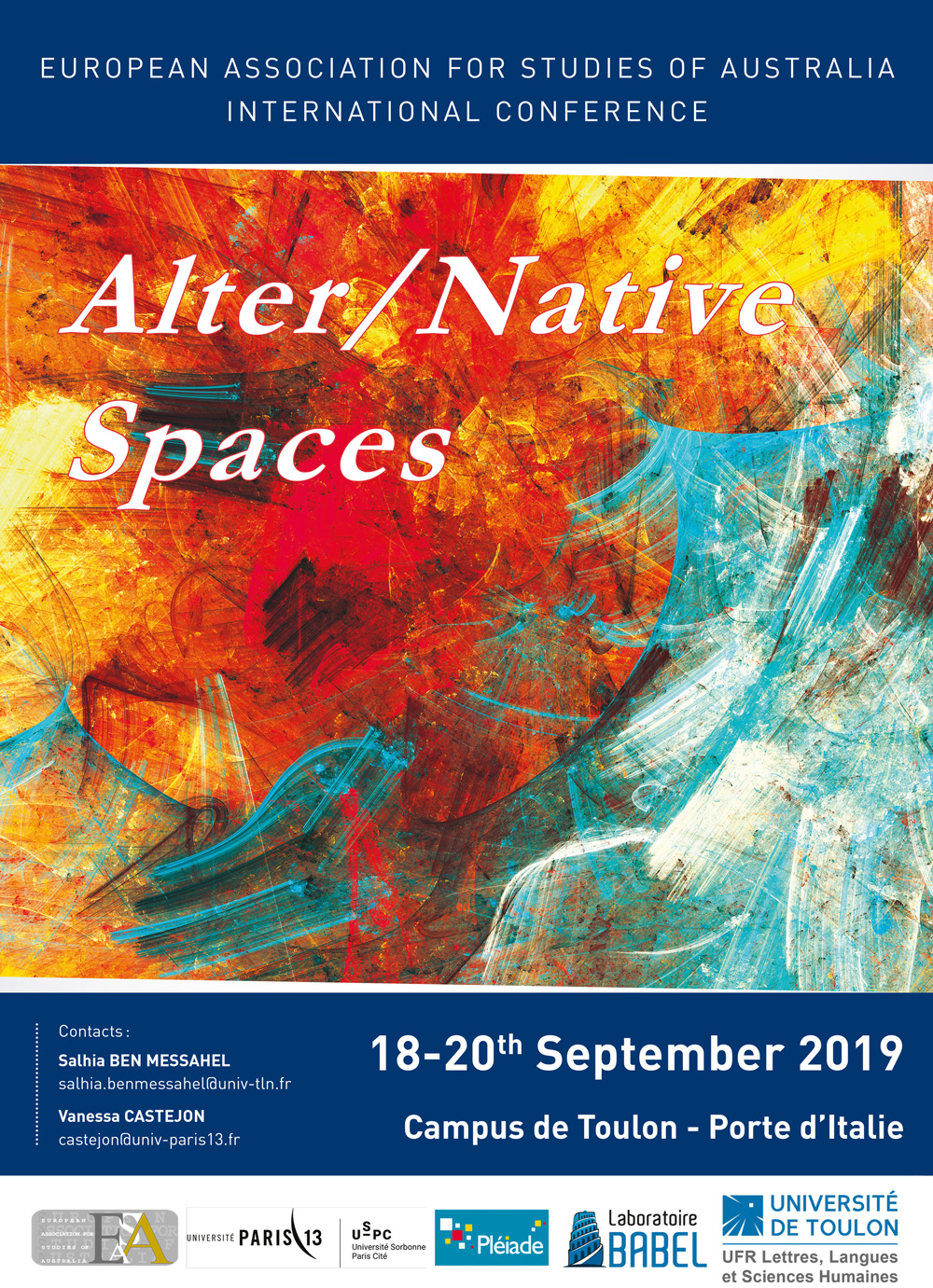