Ford and Toulon : Biography, Culture and Environment in the 1920s and 1930s While there have been previous Ford Society conferences on the writer’s life in France, this venture represents an exciting opportunity to explore his life and work in Toulon, the heart of the literary Riviera, in the 1920s and 1930s. A recent event, in Montpellier, in September, 2017, organised by Isabelle Brasme, provided evidence of current French academic interest in Ford’s work, particularly among the postgraduate and early career community. The Toulon conference will build on this interest. To broaden relevance and reach further still, it will be tied in with local tourist and cultural organisations, such as the « Académie du Var ». Ford was in Toulon in 1925 as he was writing A Man Could Stand Up – volume 3 of his First World War masterpiece, Parade’s End (1924-1928), and again in 1926. Recent biographical excursions have begun to establish the whereabouts of the studios he and Stella Bowen found and rented, and later lent to James Joyce, for example. Toulon was a heart of the literary and artistic Riviera in the 1920s and 1930s, and this conference proposes to explore Ford’s life and work at that heart, as well as the networks he nurtured while there – with Ezra Pound, for example, and numerous British and American expats and visitors. Other prominent writers close to Ford, like Joseph Conrad, spent time in Toulon, and this conference will also provide the opportunity to explore those relationships, and that location as a way of focusing on particularly important aspects of them, to do with the cultural life found in and created by traditions around food, for example, and the writers’ use of the French language. As Dominique Lemarchal has recently argued in an essay on Ford and Conrad, their communication in French was a crucial element of their writing lives. 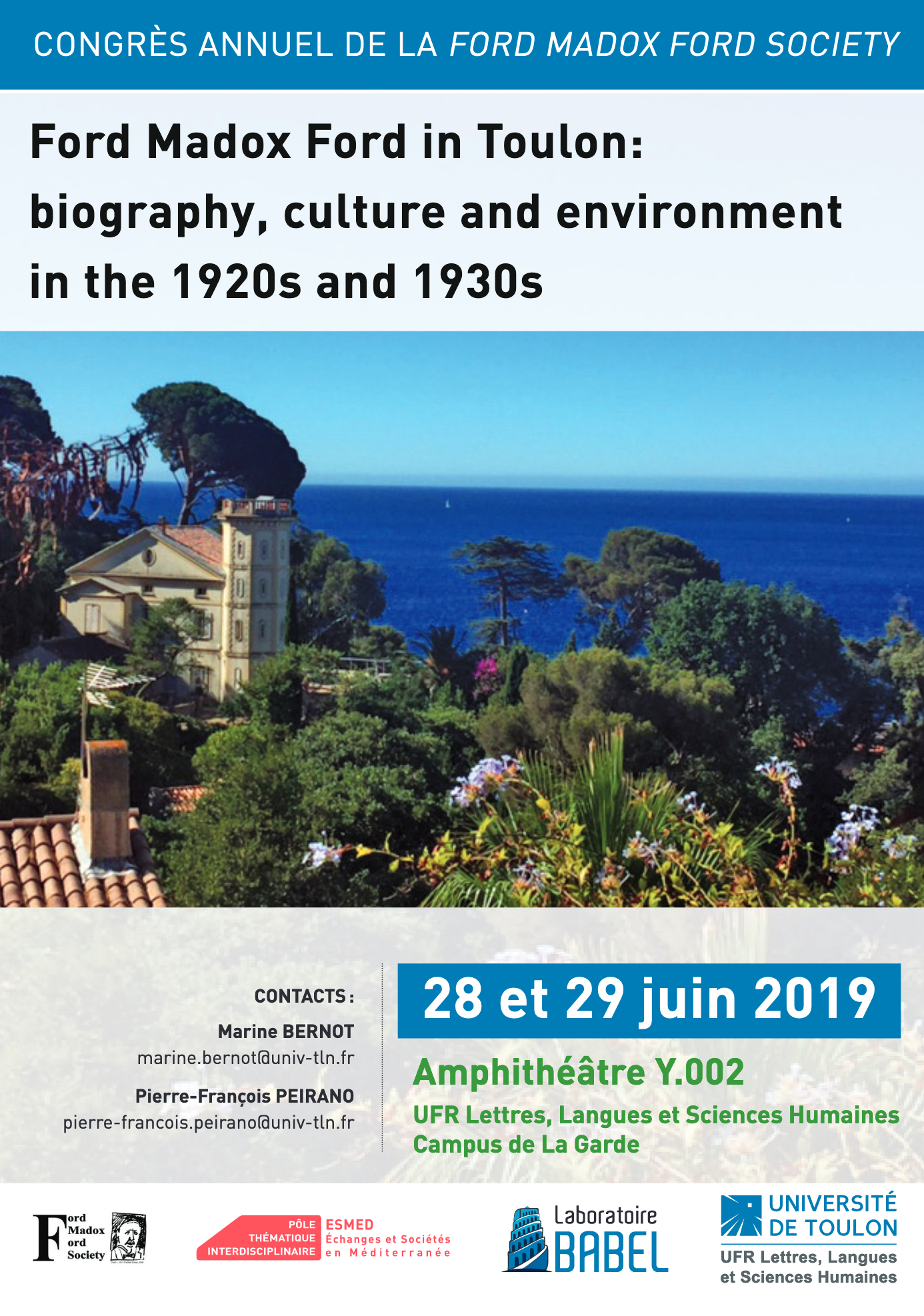