Mary Annette Beauchamp, Mary Arnim, Elizabeth, Countess Russell – during her lifetime (1866-1941) the best-selling writer Elizabeth von Arnim was known under many names, while the one we use today is a composite she never used. Born in Australia, she managed to be first a German and then an English Countess, sometimes lived in Switzerland and built her last house near Toulon. The University of Toulon now holds a part of her private library. Von Arnim loved guises and usually signed her books “By the Author of Elizabeth and Her German Garden”, but also wrote under pseudonym and published anonymously. Although all her satirical novels share a clearly distinctive voice, von Arnim’s works are more complex and multi-faceted than the existing scholarship would suggest. The autobiographical dimension of her most popular character, Elizabeth, has been quite well explored, yet von Arnim’s books have mostly been discussed in the context of feminist literary studies and the feminine middlebrow. More recent scholarship now also considers her as a modernist and a political writer of transnational narratives.

The conference aims at deepening our understanding of von Arnim’s many identities and different aspects of her works.

Kate Macdonald is a literary historian who focuses on British literature and publishing from 19th-21st century. She researches book history, particularly what she calls “the ordinary novel for the ordinary British reader” and also writes on publishing during the First World War, and in the 1960s and 1970s. 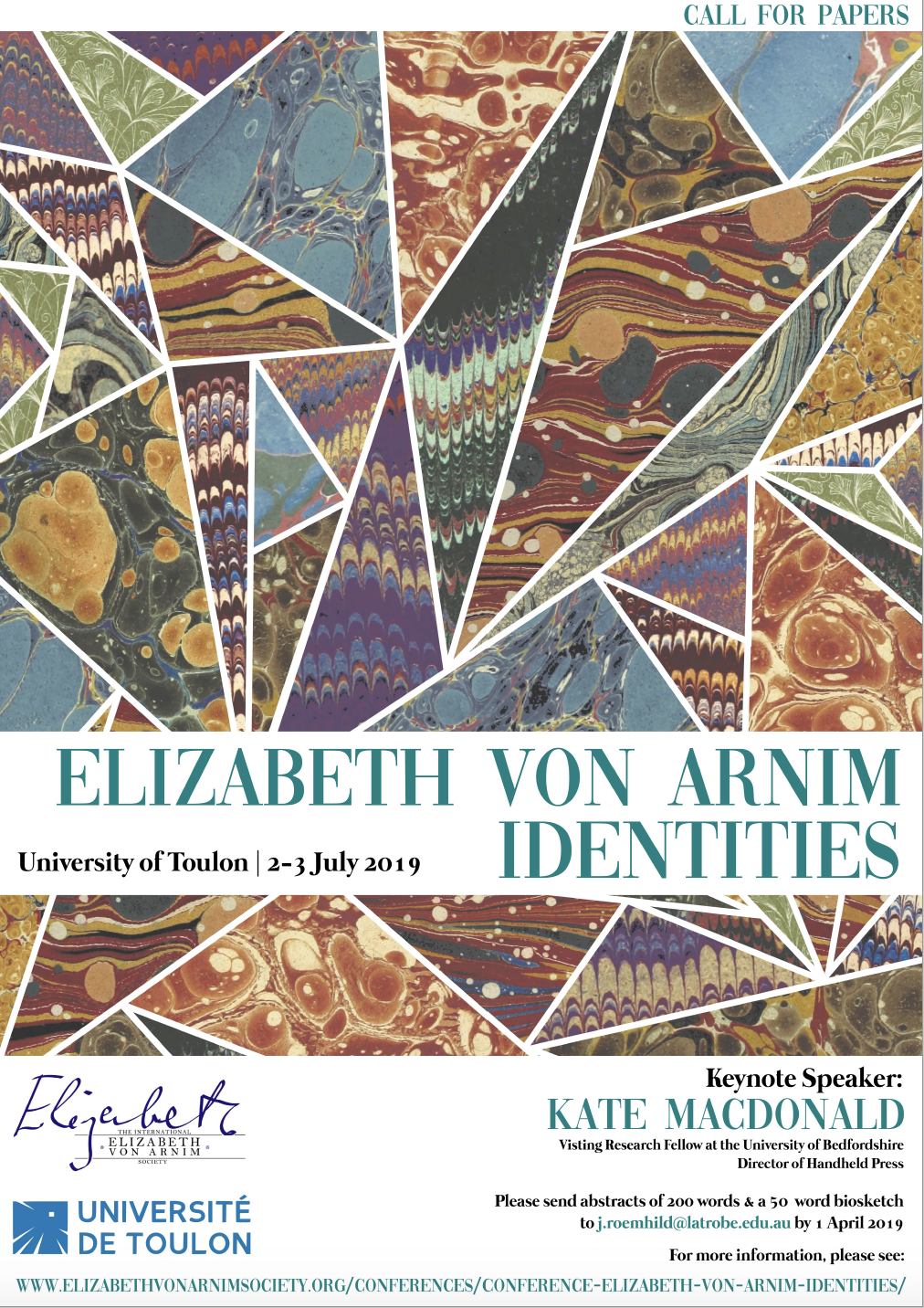